Thanks to Rod Serling's Twilight Zone 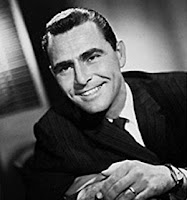 Tonight, after a scrumptious Thanksgiving meal my husband and our 14-year-old son prepared, we popped in a DVD of Twilight Zone's first season in 1959. For those of you too young to remember, Rod Serling hosted and narrated this Emmy-award winning TV show, which ran for five seasons. Both my husband and I were born too late to watch the original shows, but we fondly remember watching the Saturday night reruns on New York's WPIX as teenagers, and are enjoying sharing these episodes with our sons.

We watched an episode called "Escape Clause" about a Walter Bedeker, an embittered hypochondriac who sells his soul to Cadwallader, a.k.a. the Devil, in exchange for immortality. Here is the scene where the man encounters the Devil.

Walter Bedeker: Who are you?
Cadwallader: Cadwallader's my name.
At least the name I'm using this month.
It has a nice feeling on the tongue. "Cad-wall-ah-der."
Walter Bedeker: [checks to see if the bedroom window is locked] How did you get in here?
Cadwallader: I've never been gone. I've been here for some time. 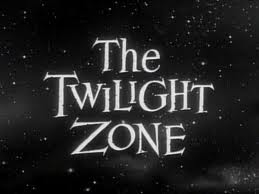 Serling wrote about half of the Twilight Zone episodes, including this one, and won more Emmys for dramatic writing than anyone in history. Nothing is religious about these black-and-white episodes, but they do convey strong moral messages without being heavy handed. I would recommend this series for children in middle school and older. (The 2002 revival of series is, in my opinion, not worth watching.)

Born Christmas Day in 1924, Serling grew up in Binghampton, New York, graduated from Antioch College and converted from Judaism to Unitarianism to marry his college sweetheart. Together they raised two daughters. A veteran of World War II who became deeply concerned with moral issues, Serling died in 1975.

Whole fan sites are devoted to analyzing the moral messages and twist endings of Serling's Twilight Zone tales. One theme of all the episodes I have viewed is Serling's view that human beings must connect with one another. And that all humans have equal value. According to his wife, Rod Serling often said that "the ultimate obscenity is not caring, not doing something about what you feel, not feeling! Just drawing back and drawing in; becoming narcissistic."

This care for others certainly is a value we hope we are nurturing in our children. As Pope Benedict XVI says: "The unbreakable bond between love of God and love of neighbor is emphasized. One is so closely connected to the other that to say that we love God becomes a lie if we are closed to our neighbor or hate him altogether. Saint John’s words should rather be interpreted to mean that love of neighbor is a path that leads to the encounter with God, and that closing our eyes to our neighbor also blinds us to God." 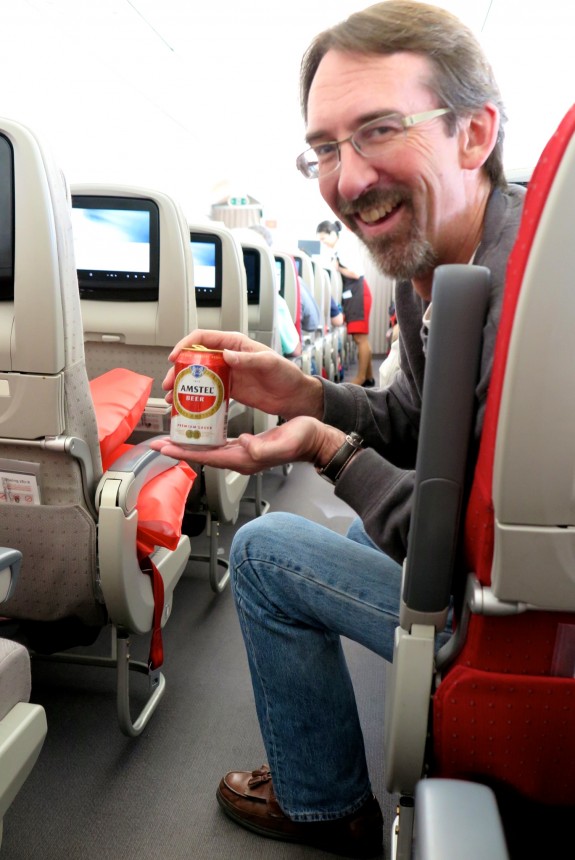 Support The Blog By Shopping Here!

It is too true that I who write about the devout life am not myself devout, but most certainly I am not without the wish to become so, and it is this wish which encourages me to teach you. A notable literary man has said that a good way to learn is to study, a better to listen, and the best to teach. And Saint Augustine, writing to the devout Flora, says, that giving is a claim to receive, and teaching a way to learn. -St. Francis de Sales 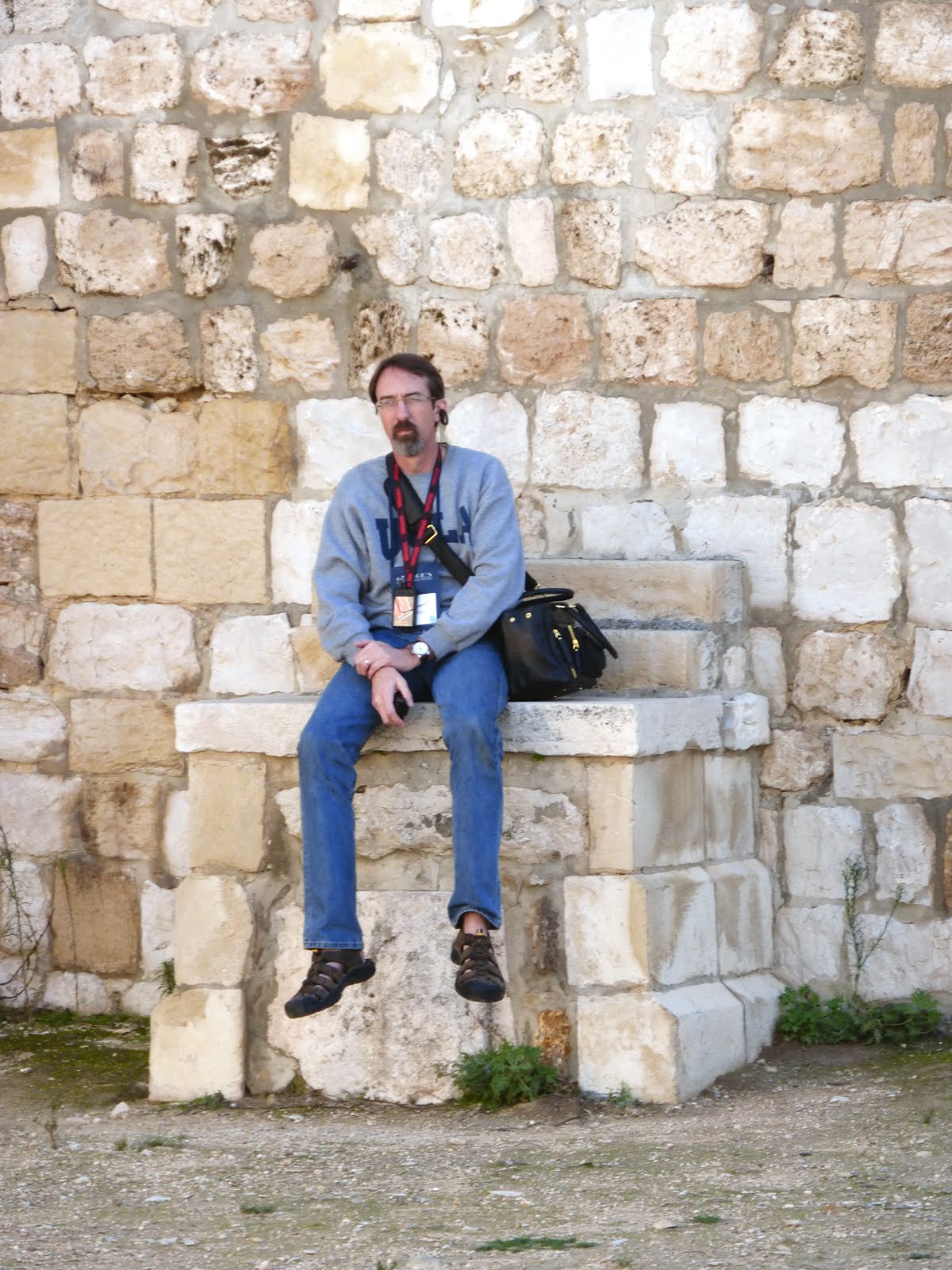 Resting on the Mount of Olives

This Site Adheres to the Welborn Protocol: All correspondence
is blog-able unless you specifically request otherwise.

Words to Blog By

“I mean to be simply personal and historical: I am not expounding Catholic doctrine, I am doing no more than explaining myself, and my opinions and actions.” -Blessed John Henry Newman, Apologia Pro Vita Sua

St. Joseph, Pray For Us 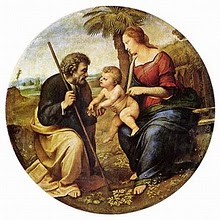 More Words to Blog By

“Never let evil talk pass your lips; say only the good things men need to hear, things that will really help them. Do nothing that will sadden the Holy Spirit with whom you were sealed against the day of redemption. Get rid of all bitterness, all passion and anger, harsh words, slander, and malice of every kind. In place of these, be kind to one another, compassionate, and mutually forgiving, just as God has forgiven you in Christ.” -Ephesians 4:29–32

My Abba, St. Macarius the Great 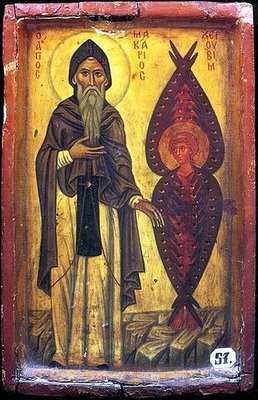 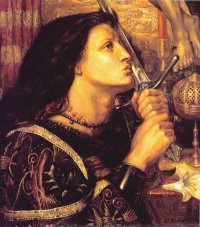 All rights reserved. "Why I Am Catholic" is copyright © 2015 by Frank Weathers.

Thanks for Stopping By!

Want to Search the Bible?